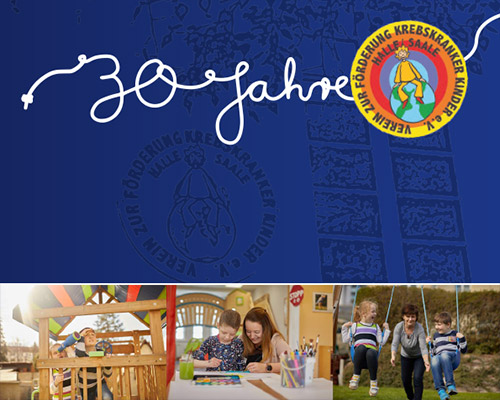 Why another foundation, one or the other may ask?

The first 15 years were very exciting for us in the association. Hardly a year went by in which our range of services for the care of affected families was not expanded. The Kinderplanet was growing rapidly and we were worried about sustainable financing.

It is part of the nature of an association to live from hand to mouth. We were dependent on donations, which were sometimes more and sometimes less abundant, and the question constantly arose as to whether we would still be able to cope with the many tasks in the coming year.

So we now had the certainty that there was at least always a certain "funding buffer." The foundation has proven its worth - the foundation capital has more than doubled in the last 15 years. Despite the banking crisis, low-interest phase and other constantly changing crises and imponderables, a respectable return is achieved thanks to a well-balanced capital investment. This in turn enables the foundation to realize its own projects, which was not originally planned.

In particular, we support formerly ill children in eliminating the educational disadvantages caused by their illness, pay for material and travel costs, or pay a scholarship.

Also to be mentioned here is the joint project " Erholungsanlage am Bernsteinsee", which is run together with the Verein für krebskranke Kinder Harz e.V. and is especially for affected families.

The foundation's work is done entirely on a voluntary basis. Here, however, we are effective. The board of directors of the association and the foundation always meet together, and on a case-by-case basis the advisory board of the foundation is consulted. This way we can always discuss and decide together on upcoming tasks, applications and projects.

The "little sister" foundation wishes the "big brother" association all the best for its 30th anniversary. We will make sure that there is always at least a hand's breadth of water under the keel for our "common journey".

Frank Jacob
Chairman of the Foundation